A thorough guide that tells it all about Doxycycline for dogs 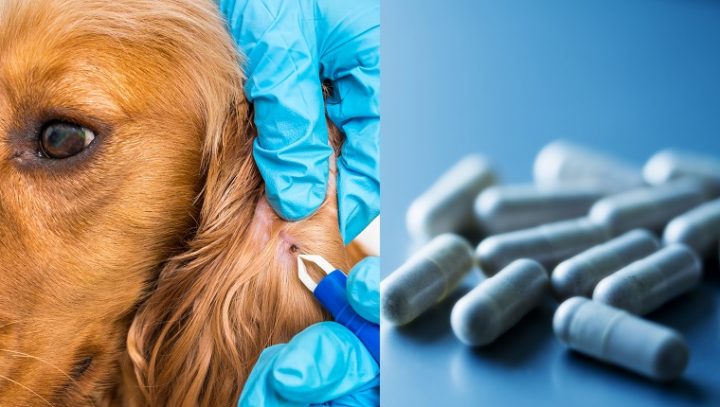 According to a study, most dogs have used Doxycycline at least once in their lifetime. Doxycycline for dogs is used against the infectious diseases caused by bacteria. This antibiotic is known to fight against broad spectrum bacteria.

Mostly this drug is prescribed by the vets when a dog is suffering from any tick-Bourne ailments such as ehrlichiosis, Rocky Mountain spotted fever, and Lyme disease, etc.

If the dog has been prescribed by this antibiotic, then you must follow the instructions thoroughly and complete the regimen on time. The treatment plan designed by the doctor looks forward to the comfortability of dogs.

What are the side effects of Doxycycline for dogs?

According to different conducted studies, the adverse effects linked to the Doxycycline are lesser than other antibiotics in the market. Dogs generally tolerate Doxycycline pretty well. The most common adverse effects are vomiting, feeling of nausea, lightheadedness, breathing and swallowing difficulties.

The feeling of nausea can be eliminated in dogs if the medication is given during the mealtime of the dogs. Whereas if the owner wants to reduce the breathing and swallowing difficulties, all they have to do is to give the medicine with water.

Sometimes the targeted infection gets fully treated  yet the owner keep on offering the medication and at time disease is severe and needs lesser medications, owners in this case might observe some severe gastrointestinal discomforts in dogs. Contact your vet almost immediately so that overdose can be prevented on time.

Doctors do not recommend this antibiotic to the pregnant dogs because they can interact with the fetus in the womb and can cause severe deformities in the limbs. In most of the cases, it’s the duty of the vet to outweighs risks from benefits while prescribing the medications

A great deal of research has suggested that Doxycycline is known to react adversely with other medications in the systems of the dogs, so make sure to tell the vet on hand whether the affected dog is on other medications or not.

Just like other medications, Doxycycline can react and cause allergic reactions which can even lead to anaphylaxis when reached to severity. If any sign of allergies such as itchiness, hives, and breathing difficulties are seem in the dogs then contact your vet as soon as possible.

What are the diseases that Doxycycline treats?

This antibiotic is known to target a wide range of bacteria. However, it is not eligible for treating viral, parasitic, or fungal infections in the canines. It can be used as a secondary or primary antibiotic.

Following are some of the diseases against which Doxycycline acts as the perfect antibiotic:

Averagely doctors recommend the dosage of Doxycycline between 2 to 5 mg per pound of the dog’s weight. The medication should be taken after every 12 to 24 hours or as per the prescription of the vet. The dosage and administration timing may differ depending upon the nature and severity of the infection.

Mostly the medication is given for the long term. It is highly advised that owners should give the medicine to the canines for the duration that has been suggested by the vet even if the symptoms are improved. Vets usually created Doxycycline for dogs dosage chart for the owners t follow.

Offering medicines with food can drastically reduce adverse effects such as nausea. Besides that, owners should offer a thorough supply of freshly cleaned water to the dogs during the duration of this medication regimen. It is equally important that the owners offer the medication at the same time each day for the optimum results.

Do you need a prescription for Doxycycline for dogs?

Owners need a prescription from vets before offering this antibiotic because it possesses a strong nature and shouldn’t be given as self-prescription. The antibiotic drug can be used short-term or long term depending on the severity of the disease that the dog is suffering from.

Does Doxycycline in dogs make them sleepy?

It is one of the most commonly asked questions by the owners. Well to answer the question, Doxycycline does cause drowsiness but only mildly. Besides, that owners can also observe vomiting and loss of appetite while drug administration.

How long does it take for doxycycline to work for dogs?

The medication starts working within 1 to 2 hours as the dogs take Doxycycline. Visible effects are seen after the passage of a few days. The dog starts to get better once the medicine starts acting fully.

How does Doxycycline work?

The Antibiotic Doxycycline belongs to the tetracycline family. The medication tends to enter bacteria and forbid the process of protein synthesis. As we all know living cells continually generate protein for multiple reasons if this production stops then the cell immediately dies off. Even though Doxycycline is efficient for most of the bacteria, it certainly doesn’t work in viruses and parasites at all.

Can dogs overdose on Doxycycline?

It is one of the most commonly asked questions so far. Overdose of this medication occur when the dog is fully recovered of its ailment yet the owner still offers the medication to the canine or the vet prescribed a high dosage of Doxycycline. In any case the gastrointestinal tract of the dogs can get severely affected. Contact your vet immediately if the dog had overdosed on the medication as it can be poisonous for the body.

Doxycycline is a strong antibiotic that is widely prescribed to dogs for various bacterial infections. There are a great number of ailments that can be treated by this antibiotic like Lyme disease, Chlamydia, and Doxycycline for dogs UTI, etc. However, the medication is not at all affected by viral or parasitic diseases. Mostly the drug is recommended for long term treatment but it can also be prescribed as a short-term medication course depending upon the severity and nature of the disease. Common side effects linked to the antibiotic drug are vomiting, drowsiness, lightheadedness, and swallowing difficulties in dogs. In severe case Doxycycline in dogs cause diarrhea. you can this article Is Cucumber a safe vegetable for dogs?