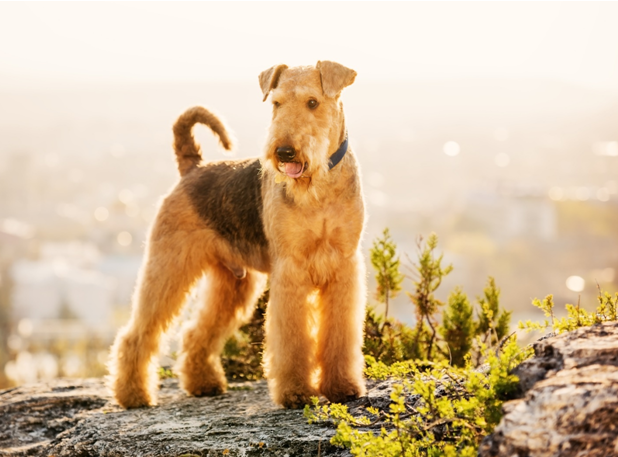 Airedale terriers are known as the King terriers, and they are the largest of the breed. This has originated in Yorkshire’s Aire Valley, and they were created to catch rats and otters in the regions. These were hunters commonly found in the Wharfe and Aire rivers, and they also became sporting dogs. The Airedale has even historically proven its worth during WWI. Read more info about this breed on this page here.

Although they are considered purebred, you may find plenty of them in shelters and rescue centers. If you choose to adopt one, you can always look for them in these places so that the pups will have a home of their own.

Some of the qualities of these canines include high confidence, intelligence, and they are sociable. They have a strong, playful streak that can delight their favorite pet parents. However, they are not for people living in apartments and for novice pet owners.

These canines have higher energies compared to others, and they need a lot of exercises. Some people may find them a little too intense, especially the elderly. They prefer homes with backyards where they will have more than adequate space to run around. You may also need to install a secure and tall fence so they can’t go out and get lost. If you give them plenty of exercises, they will reward you by becoming a loyal, loving, and playful companion to the entire family.

It’s highly recommended that you give them a good night’s sleep, especially if you have a medium-sized terrier. You need also to pick up the fetch toys so they can burn their energies in the mornings and afternoons. They are going to be the best companions for the entire family, and toddlers will definitely love them.

More Information to Know of this Breed 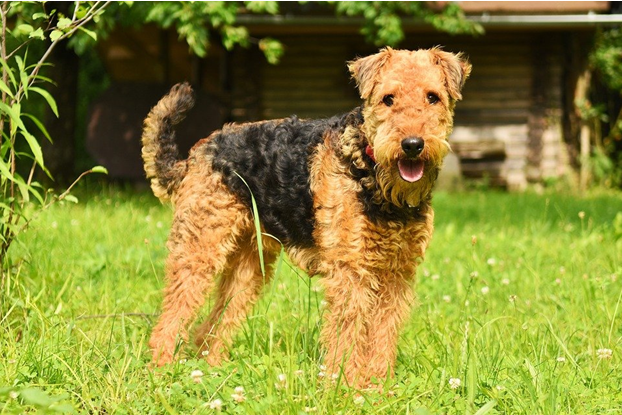 World War I was raging, but a hardy and loyal Airedale Terrier with the name Jack was brave enough to deliver messages between battlefields up to the British headquarters. He ran about a half-mile in a swamp while the artillery was raining down on him. The dog suffered broken haws and legs, and he passed away when the mission was completed.

What’s incredible about the story is that he saved the battalion because of the message he successfully delivered. Jack was awarded the Victoria Cross posthumously because of showing gallantry in the field. This courage and bravery are still true in today’s Airedales.

Canines like Jacks are keen, and they want to serve various purposes. They can smell prey from afar, swim in ponds, and work in fields. They are working dogs at heart, and they have the obedience and agility to complete hunt tests nowadays.

They are in their element when they have jobs assigned to them that need to be done. Even if it’s just entertaining the kids and the adults, they are going to do well when they have something to do. Know that they get along with the kids well, but adult supervision is still needed.

Like any other terrier, the Airedale has a great penchant for chasing, digging, and barking. When you get one in Singing Hills Airedales, you need to train and socialize them at an early age. They need to burn some of their energy and make excellent jogging companions, so you don’t need to worry about them. They need romps and daily walks in the yard to decrease their chances of digging your favorite flowers.

Another behavior that is associated with them is their independent streak. They are brilliant, and they won’t always heed their owner’s instructions. If you prefer a dog that will wait for your every command, the Airedales may not be for you. However, if you’re more into adventure and challenges, these pets can keep up with your lifestyle without any issues.

Know that they can sometimes be harsh and unforgiving towards their aggressors. They can fight other animals, and they have stronger drives to chase their prey. At times, others say that they can be challenging to handle because of their independent streaks.

It’s often said that these terriers are not ones to start the fights – they finish them off. What you need is positive and consistent obedience training while they are young to make them learn. Know more about how to choose the right dogs for you in this web address: https://www.thesprucepets.com/how-to-choose-the-right-dog-1117320.

Unsurprisingly, they make excellent guards and watchdogs. They will protect the entire family from intruders, and they are known for their loyalty, braveness, and fierce natures. On the plus side, they are generally considered friendly to guests, friends, and other family members.

You don’t have to misunderstand its nature, though. They are not all about serious guarding and aggression. They have a flip side that’s playful and comical that every member of the family will undoubtedly enjoy. They love to toss toys, romp around, steal some dirty clothes, grab some food off the counters, and they generally make mischief wherever you go. They are slow to mature, and they still tend to act like puppies even if they get older.

Know that this is a fascinating breed that’s stylish, athletic, and silly. Many of the owners love them so much, and the only other thing better than one Airedale is getting two at once.

History of the Breed 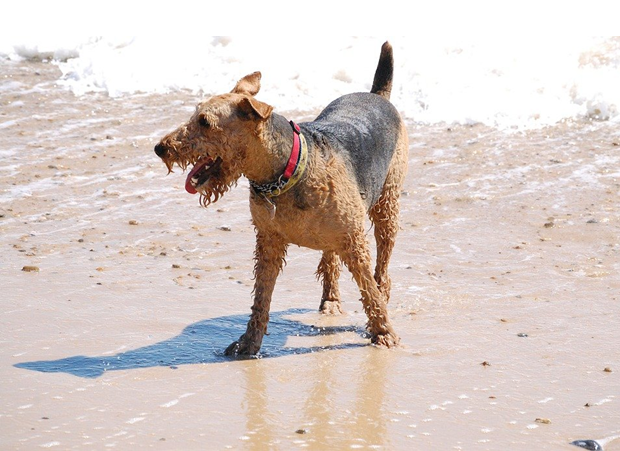 The Airedale often has a distinctive quality of being a large terrier. The first attempt that was recorded in breeding them was in 1853. They were a mix of Tan Terriers. It was bred with an Otterhound because the breeders attempted to make a canine that could hunt rats in the ground while still tracking otters in lakes.

Crossbreeding resulted in canines that were excellent in the scent and swim game, and they have the keenness of the terrier. The crosses were called Bingley or Waterside Terriers, and within just a decade, they became very popular.

Dog shows were held in 1864 in the Aire Valley, and some judges described the breed as an exceedingly good one and “par excellence.” Some fanciers decided to rename the Bingley Terrier to Airedale, which was first suggested by Dr. Gordon Stables.

The name was not widely accepted and used at first because it caused a lot of confusion. In many shows, some use the name Bingley, but it wasn’t until 1886 when England’s Kennel Club stated that the breed should have an official name of Airedale Terrier.

Plenty of clubs in America were founded between 1900 and 1910. They started parent club shows, and they held sporting events like the Airedale Bowl. The names of the winners were engraved on pedestals and bowls. These breeds were also used as carriers, sentries, and messengers in World War I. They were also guarded dogs during the time, and they proved to be loyal and brave during these trying times.