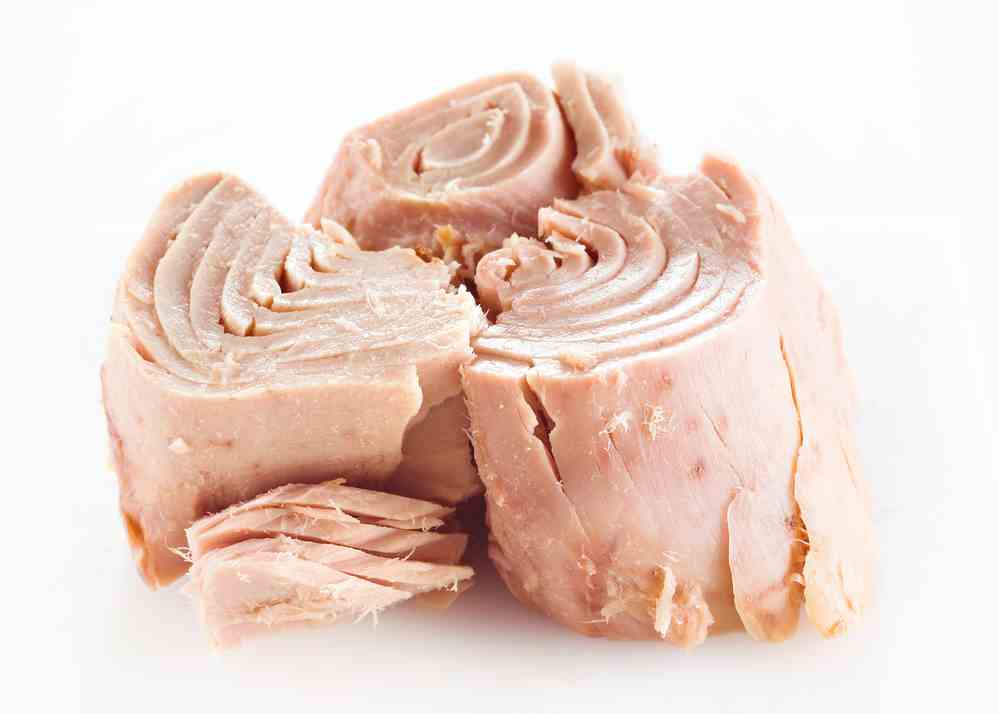 When we talk about seafood then delicious tuna is top of the list. Can dogs eat tuna? Yes tuna is safe for dogs. It contains omega 3 fatty acids which is good for dog’s coat and skin.  Pet owners must add tuna in their dog’s food in moderate amounts. This article deals with benefits and some precautions of feeding tuna fish to dogs.

Fish whether it is tuna or salmon has a lot of health benefits for dogs. Tuna contains omega 3 fatty acids. If you want that your dog should have a healthy coat and skin texture then you should add tuna in his diet. Dogs who have problems like irregular heart beat or blood clots then it is recommended to serve tuna to such dogs. It is great for the heart health of dogs. Therefore it is advised to add tuna fish in the diet of dogs who have heart issues.

Puppies can also eat tuna but in limited amounts due to the risk of mercury in tuna fish. It should twice a month from health point of view in puppies.

How To Feed Tuna To Dogs?

Tuna is safe for dogs whether it is raw or cooked. If you don’t want to serve your dog raw tuna then you have to prepare t by removing it bones and skin without adding any seasoning and flavoring of onions and garlic. It depends upon you that how you want to give tuna to your dog.

Tuna is good for dogs both raw and cooked. If you are serving raw tuna to dogs then you have to remove its bones and skin otherwise it causes choking hazards in dogs. Be careful to serve small amounts of it as there may be some content of mercury in tuna is generally present in lakes and rivers.

It’s better to serve plain cooked tuna to dogs. In case of grilled tuna who will be needing butt or oil which is not allowed for dogs. So grilled tuna for dogs should be given after the permission of vet.

Usually smoked fish is not safe for dogs but in case of tuna dogs can have it safely. The reason is that tuna can be eaten by dogs both in raw and cooked form. So in smoked tuna there can be risk of not properly cooked tuna which is not a big issue as raw tuna is safe for dogs.

How Often Can Dogs Eat Tuna?

Tuna is good for dogs but this does not mean that you feed tuna to your dog on daily basis. Once a week it’s a great option. Those who tend to feed canned tuna to dogs should know that as canned tuna has high levels of sodium that is why it is not safe to be served to dogs every day. Also dogs feel dehydrated when they eat too much of canned foods. And in this condition when your dog is drinking lots of water then sudden it causes bloating. So I would say that tuna is a great treat for dogs like twice a month.

Can Dogs Eat Tuna Every day?

Tuna has greater health benefits. It improves the skin and hair texture in dogs. It improves vision as well. But this does not mean that tuna should be a part of everyday diet. You cannot feed your dog tuna daily and those pet owners who say can dogs eat tuna daily then they are wrong. Tuna cannot be given every day as it leads to serious health issues when served on daily basis. 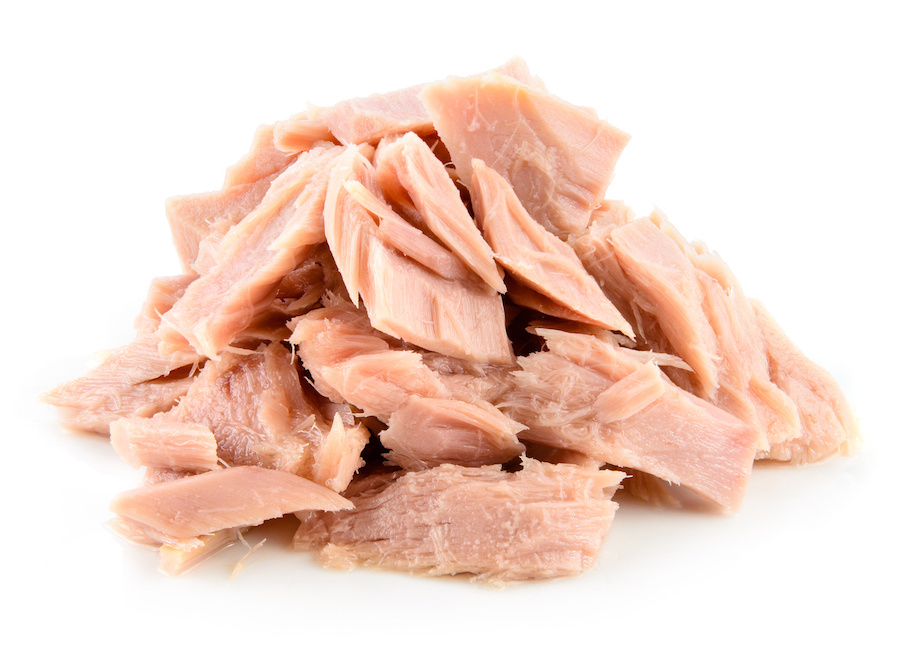 Can dogs eat tinned tuna? Canned tuna is not recommended to dogs because of high amount of sodium found in canned tuna. On the other hand canned tuna that contains flavoring and seasoning of onion, garlic or tomatoes is unsafe for dogs. It will cause gastrointestinal issues in dogs. Make sure canned tuna should contain low sodium in it without any seasoning of toxic ingredients. It should not canned in oil bit canned in water. Lots of canned tuna is a big no to dogs because of greater levels of sodium and mercury found in the can of this fish. Those who ask can dogs eat tuna out of a can then other than canned, tuna is safe. Make sure it is fresh and served plain to dogs.

Can Dogs Eat Tuna In Oil?

Dogs cannot eat tuna in oil. It tuna is canned in oil then it will make your dog obese along with an increased inflammation of pancreas. So it’s better to buy tuna that is canned in water. It should not have any seasoning and flavors which are unfit for dogs.

Can Dogs Eat Tuna With Mayo?

People who inquire can dogs eat tuna fish with mayo must know tuna and mayo don’t go together. It is harmful to your dog. So skip this idea right now and start thinking of plain cooked tuna for dogs.

Tuna canned in water with fresh veggies like carrots and cucumbers finely chopped are best for dogs. If you are adding cream or mayonnaise to the salad then it is risky and unsafe for dogs.

Can Dogs Be Allergic To Tuna Fish?

Usually dogs can eat the food that it designed for dogs with diabetes. However you should discuss this matter with your vet that whether diabetic dogs can eat tuna fish or not.

Tuna should be a part of dogs with kidney disease but the food has to be completely homemade. Tuna in water is a good choice. If still unsure then talk to your vet about this matter in detail.

Can dogs eat tuna fish? Tuna is excellent for the health of your dog both raw and cooked. Canned tuna should be avoided and still if you are going to buy canned tuna then make sure it is canned in water and not in oil without any seasoning. Tuna should be served in moderation to dogs as too much of it is dangerous. It should be served occasionally in plain cooked form.